Blog Home / Culture / How to Say Merry Christmas in 25 Different Languages – Including Klingon!

How to Say Merry Christmas in 25 Different Languages

We at Pimsleur wish you multilingual tidings of good cheer this holiday season. To celebrate we’ve compiled a list of how to say Merry Christmas in 25 languages!  Keep scrolling to the end because we’ve also included some fun Christmas facts to share at your next holiday gathering.

Modern-day Santa owes his existence in large measure to the Vikings. In Norse mythology, Odin, the long-bearded father of the gods presided over the midwinter Yule festival. Soaring above the rooftops astride his 8-legged white horse, Sleipnir, Odin led the flying Wild Hunt where he would slip down chimneys and deliver toys and candy into children’s boots left warming by the fireplace. Another fun fact: the word jolly is derived from the Old Norse jōl, meaning yule. 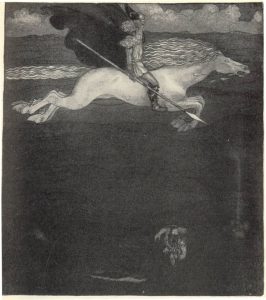 Originally made from real silver, the shiny strands were meant to enhance the candlelight on a Christmas tree representing the starry sky over the Nativity.

3. Fried Chicken is the meal of choice for Christmas dinner in Japan.

Sparked by KFC’s 1970s ad campaign for “Kentucky Christmas” or “Kurisumasu ni wa kentakkii,” the fast-food chain has become synonymous with the holiday.  People reserve their meals months in advance.

The special zip code that Canada Post set up to ensure that all letters to Santa are directed promptly to the North Pole. Postage is free and every child (from both Canada and abroad) who writes a letter to Santa receives a personalized response.

5. Norad has a Santa Tracker

This hugely popular program which follows Santa’s sleigh progress via U.S. military radar and satellite systems actually started in the height of the Cold War because of a misprint in a Sears Christmas ad.

The ad instructed kids to call Santa directly on what mistakenly turned out to be a top-secret military hotline at the Continental Air Defense Command in Colorado Springs. Rather than disappoint the youngsters, the colonel in charge staffed the (literally red) phone with airmen who gave the children Santa’s flight coordinates throughout Christmas Eve.

6. The Christmas carol that was banned in Boston –

The 1950s hit song “I Saw Mommy Kissing Santa Claus” was originally banned by the Roman Catholic Church on the grounds that it mixed sex with Christmas. The ban was lifted after singer Jimmy Boyd famously met with church officials to explain why the song was not obscene.

7. Why is Christmas shortened to Xmas?

Christians have historically used “X” as a symbol to represent “Christ.” It comes from the Greek letter “Chi”, or “X”, which is the first letter in the Greek word for Christ, ΧΡΙΣΤΟΣ (Christos). The “mas” ending comes from the Old English word for “mass”, these two words together make the term “Christ’s mass” or Christmas.

“Merry Christmas” started to fall from favor during the Temperance Movement in Victorian England because “merry” also means “tipsy” in British slang. The Royal family, who also introduced the tradition of indoor Christmas trees, popularized the use of “Happy Christmas” as part of their effort to redefine the holiday from a drunken, raucous affair to one centered around family and charity.

9. Tis the season for break-ups?

According to a 2010 Facebook study, the peak time for couples to break-up during the year is two weeks before Christmas. However, the least likely day of the year to get a Dear John letter (or text) is Christmas day because that would just be too cruel.

The cost to buy all 364 items on the 12 Days of Christmas gift list, according to Forbes magazine. Particularly tough on the wallet are the 7 Swans-a-Swimming which will cost you a whopping $13,125.00.

Give the Gift of Languages this Holiday Season!

Pimsleur Language Lessons – A Great Gift for Everyone on Your List