Brazil! What’s the first thing that comes to mind? If you thought soccer or “futebol,” you’re not alone! We all know Brazil is known for its soccer or football fanatics, but when we start to look at just how many Brazilian soccer expressions and phrases exist in Portuguese, we begin to see just how important it is for the Brazilian identity.

Let’s dive into Brazilian culture by breaking down Brazilian soccer expressions (or expressões in Portuguese) with examples of how to use them in your everyday life.

To catch the non-soccer fanatics up, a normal soccer game consists of two 45-minute halves. Being 45 minutes into the second half is a very tense moment for the losing team’s fans as they are quite literally watching on the edge of their seats, praying to God that their team will turn the game around and lead them to victory. The best moments in soccer are those spent watching matches being upended at the very last minute, turning losers into winners and vice-versa.

In Brazil, you use this expression to relate an unexpected turn of events at the last minute.

“I was leaving work when, at the last minute, my boss asked for the report.”

The Brazilian equivalent to the expression “to drop the ball”, a sports reference to American football and baseball, where dropping the ball is equivalent to making an error, missing an opportunity or neglecting to follow up on a task.

In this case, paid soccer professionals should never “step on the ball”. It’s the worst and most embarrassing thing you could do.

“José really stepped on the ball when he forgot about my birthday.”

“Boyfriend stepped on the ball and now? How to remedy the situation…”

To hang up your cleats (for the final time) is to retire. This is similar to the English expressions “to hang up one’s spurs, gloves or fiddle” which also mean to retire.

Keep in mind that today spurs, gloves, and fiddles are not all that common. Being a soccer player, however, is still quite common in Brazil, so if you are going to use this expression, make sure to specify the context, e.g., “hanging up the cleats from a company” as we have done in the expression below. If not, people will naturally assume you are retiring from playing soccer.

“At 65 years old, he decided it was time to hang up his cleats (retire) from the company.”

“Retirement: is it time to hang up your cleats?”

To move the ball forward is to keep pushing through it, to get over something and move on. Use this expression to motivate your friend out of a bad time!

“She was very sad about the breakup until she thought, “Move the ball forward – life goes on!” 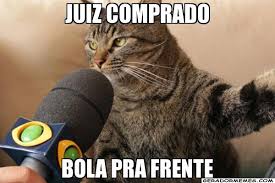 “The ref was bought – Move the ball forward (Get over it).”

Historically in soccer, the world’s best players have always worn jersey number 10. Soccer superstars Pelé and Diego Maradona (who have since “hung up their cleats” – penduraram seus chuteiras), Lionel Messi, and Neymar (currently the best player in Brazil) have all worn No.10 on their jerseys.

“Even if I were jersey No.10 for Barcelona, covered in gold from head to toe, even if that were to happen, I would stay with you.”

(Lyrics from the song Camisa 10 by Turma do Pagode)

Soccer Applies to All Areas of Brazilian Life and Language!

Breaking down Brazilian soccer expressions allows us to see how influential soccer (futebol) is in the everyday lives of Brazilians. Additionally, attaching new vocabulary to a cultural idea is a great way to remember words and ramp up your Portuguese language skills.

Need more practice? Bola para frente! Check out our time-tested Pimsleur Method and you’ll be speaking Portuguese in no time at all!

2 Comments for "Portuguese Soccer Expressions that Brazilians Use Every Day"