It’s almost as if you were wandering around Disney World seeing all your fellow visitors clad in Disney character outfits. I suppose it’s also similar to attending a sports game — think the Patriots with fans wearing Brady and Gronkowski jerseys, or visiting an Old West theme photo studio with costumes and props. But it’s not quite the same.

Wandering about, fully outfitted groups suddenly appear around the corner of a palace building, transporting you back in time. These are not reenactors, acting as inhabitants of a palace or hanok village to entertain tourists — no, they are often tourists themselves. Apparently, this is a relatively recent phenomenon popular with Koreans as well as visitors from all over — Chinese, Japanese, Indians, even Westerners. 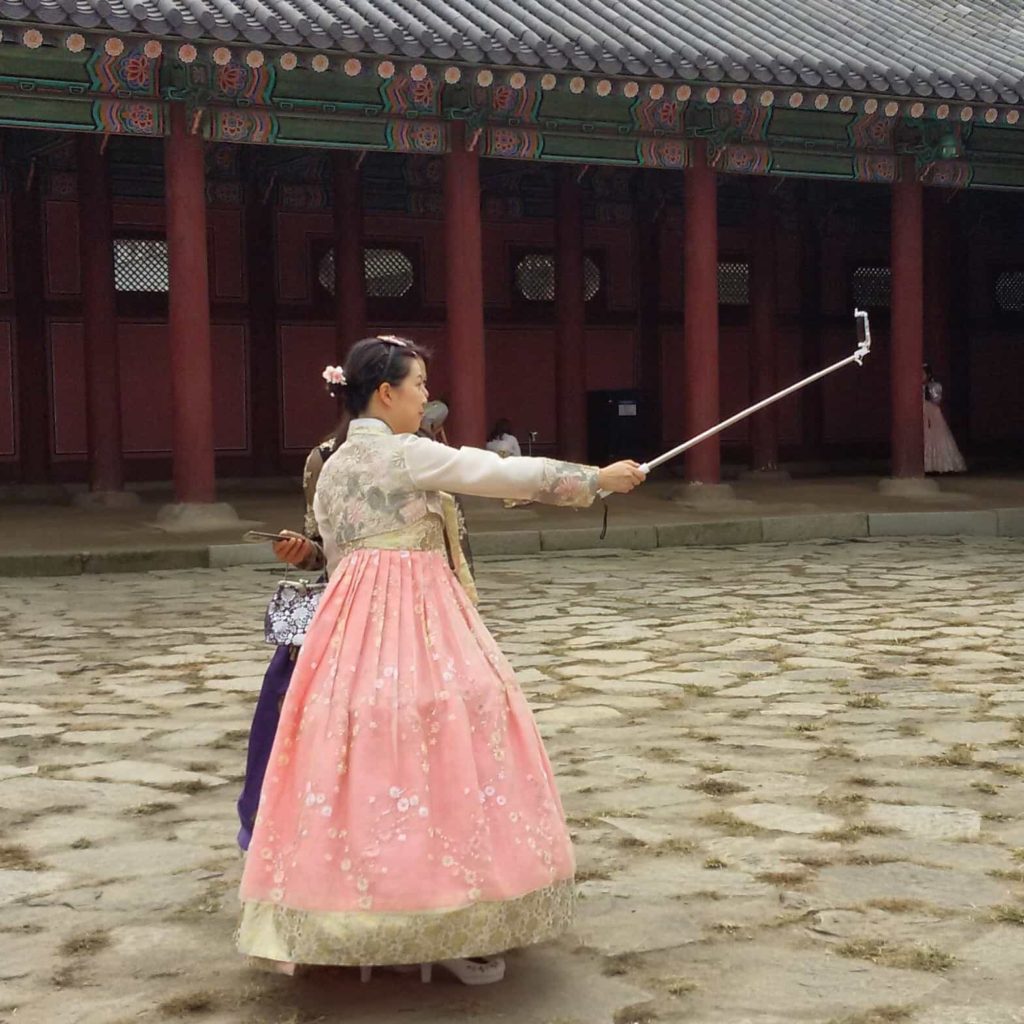 Perhaps this is an outgrowth of the recent prevalence of Korean pop culture, especially in Southeast Asia, with K-Pop and Korean dramas taking over the airwaves. For a fun outing, fans can rent a hanbok and take selfies in a Korean palace, imagining themselves as one of their favorite movie characters. In fact, this is even encouraged since those who are dressed up in traditional garb get to skip the admission lines and enter the various palaces for free!

Whatever the reason, it’s quite charming to see so many costumed people wandering about the streets or palaces, adding an authentic accent to the atmosphere. The incongruity of traditionally-dressed from-head-to-toe visitors wielding selfie-sticks and other modern electronic equipment is amusing indeed.

Situated between the Gyeongbok-gung and Changdeok-gung Palaces, Bukchon is a  residential area in the northern part of Seoul, containing a traditional hanok village towards its upper east side. Along the main streets, Bukchon-ro and Samcheong-ro many hanbok rental shops can be found. The narrow winding alleyways of the hanok village present opportunities for observing hanbok-clad groups of people as they meander along the hilly inclines. 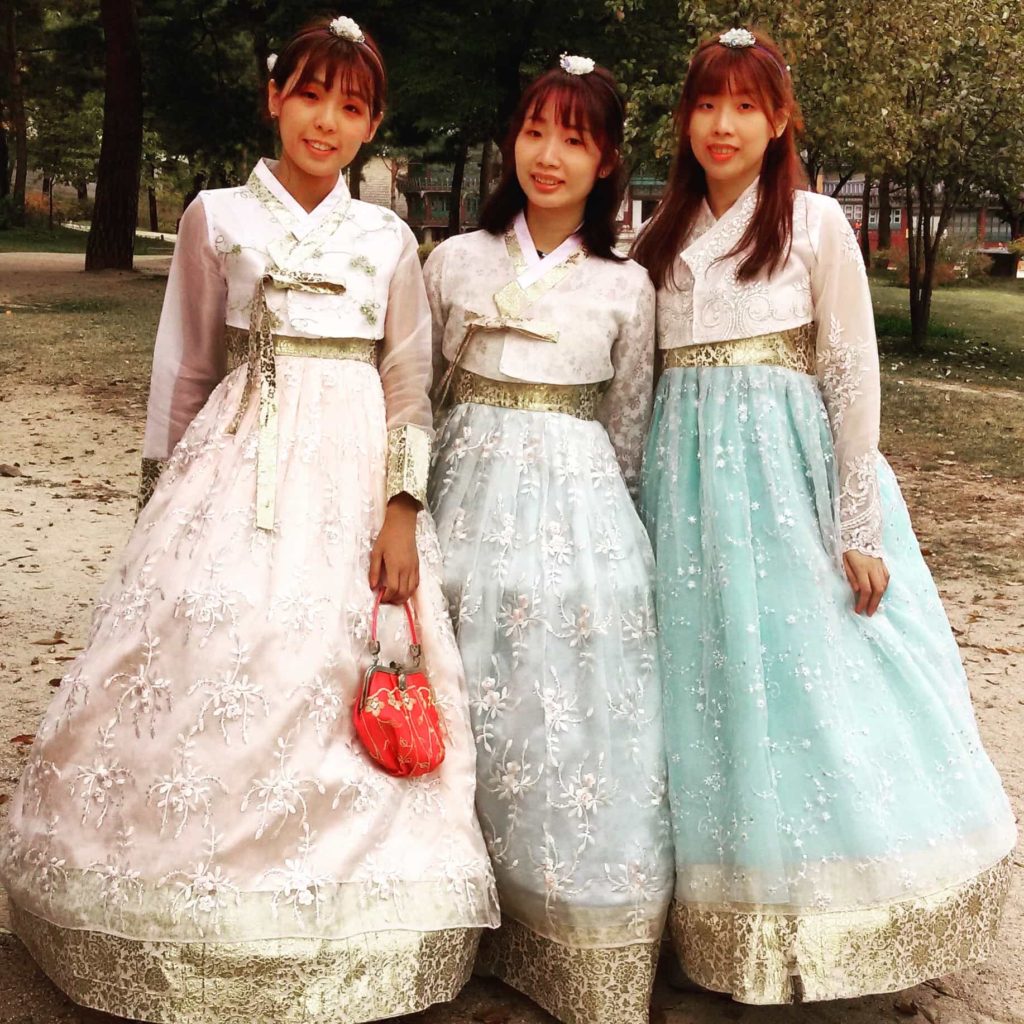 The Changdeok-gung Palace was built in 1405 by the Joseon Dynasty and used as a major palace through the 19th century. Smaller than the Gyeongbok-gung Palace, Changdeok-gung is more picturesque and has a friendlier, less-imposing feel. The Secret Garden tour is a must-see highlight. You can grab your hanbok in Bukchon and head over to Changdeok-gung, or just people-watch the other hanbok-wearing visitors stepping out of the pages of time. Admission to the Palace is 3,000 won with an additional 5,000 won fee for the Secret Garden. Not noted in the official brochure is that hanbok-wearers are admitted free. 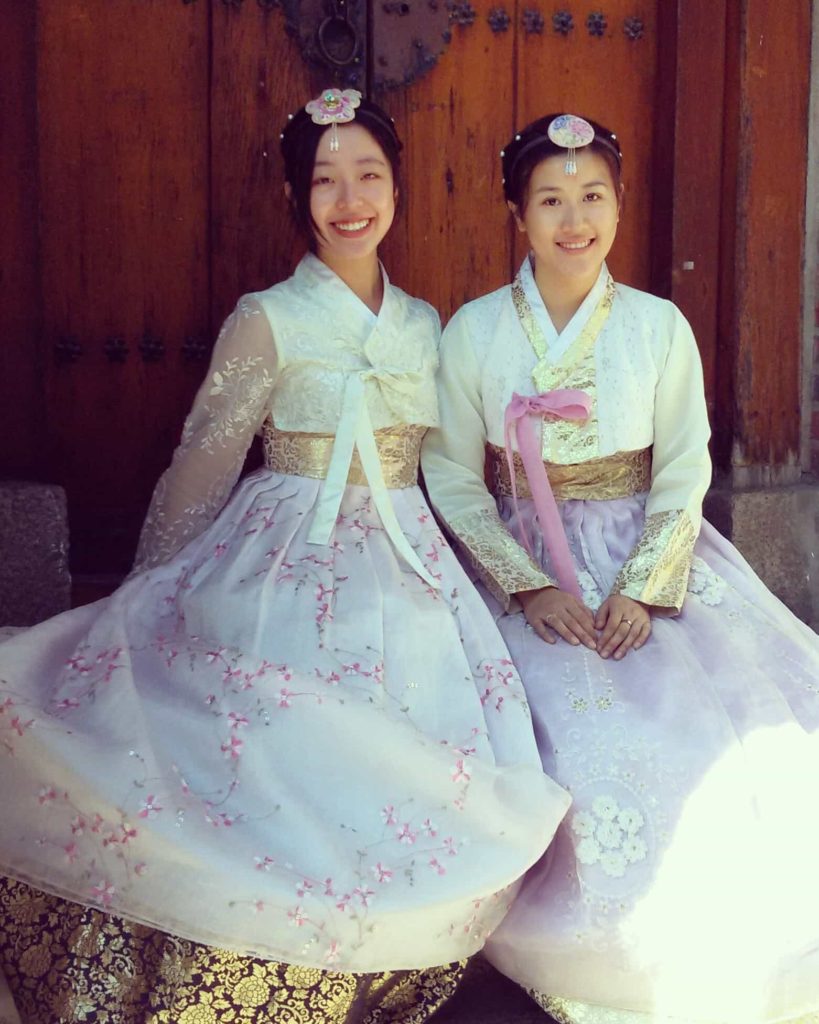 The hanbok craze is not just limited to Seoul. A three-hour express bus or 1.5-hour train ride from Seoul takes you south to Jeonju, home of Korea’s largest hanok village. Jeonju is particularly known for its varieties of bibimbap (the classic Korean rice dish) and hosts an annual bibimbap festival. What better excuse to don a hanbok and dine on delicious Korean delicacies! As in Bukchon, hanbok rental shops line the streets of the hanok village in Jeonju. Gyeong-gi Palace, located in the heart of the Jeonju hanok village, is a perfect venue for hanbok selfies. 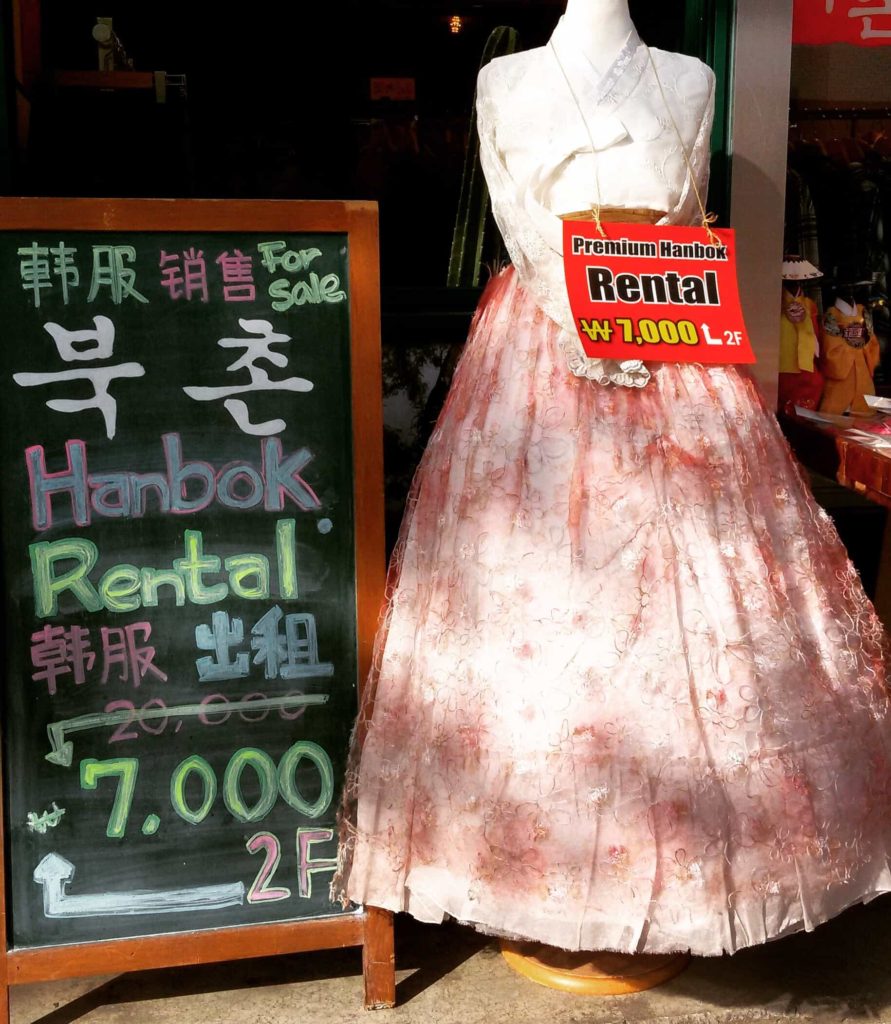 As mentioned, near the major tourist attractions of hanok villages and palaces are a plethora of hanbok rental shops. Prices range from under 10,000 to as much as 20,000 won for 2 to 4 hours with varying minimums as well as daily rental rates. Also offered are accessories and hairstyling services.