Independence Day Celebrations Around the Globe

Happy Independence Day! Cookouts and fireworks on the Fourth of July are not the only independence celebrations under the sun.  Over the world, throughout the year there are plenty of other nations celebrating their independence from colonial rule.  So grab your hot dogs and sparklers and let’s see who’s throwing the next party. 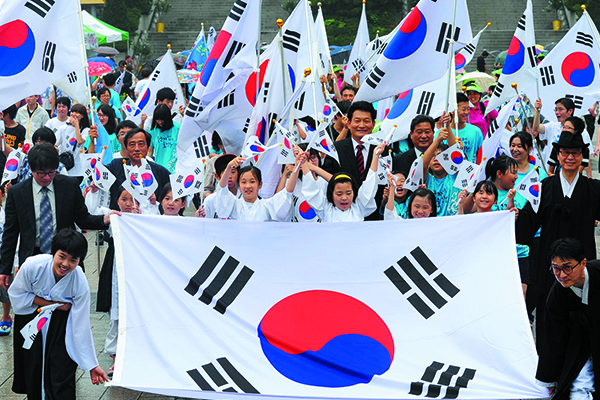 If you’re in South Korea in mid-August, you can’t miss their independence day, when you will be awash in a sea of Korean flags. Both South and North Korea celebrate Korea’s liberation from Japanese imperial rule on August 15. On that day in 1945 Japan was defeated in World War II, its empire finished.

In South Korea, it’s officially called Liberation Day, or Gwangbokjeol, literally “the day the light returned.” You’ll see this national holiday marked by the raising of the Korean flag everywhere – in public spaces and in the doorways and windows of homes and businesses.

South Koreans take great pride in their flag, called the Taegeukgi. The white background stands for purity and peace. The red and blue taeguk in the middle is inspired by um-yang, or yin and yang, which represents balance in traditional Eastern philosophy. The four black trigrams at the corners represent harmony and movement. These trigrams are for the Taoist philosophy elements sky, water, earth, and fire.

Korea’s independence was won fairly recently and not without much suffering and there are people still living who remember it. So this country’s independence day is perhaps somewhat more subdued than that of other countries’. But you’ll find public celebrations that include performances of dance and music. 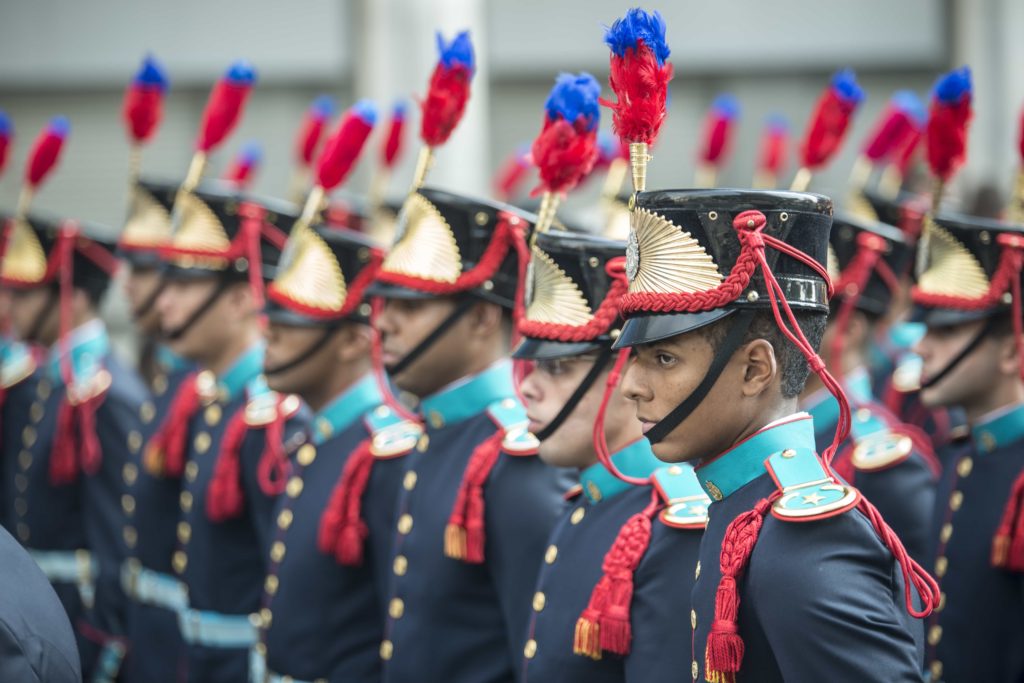 Brazil’s special day, commonly called Sete de Setembro, is the day when in 1822 in São Paulo, Prince Pedro declared independence from Portugal. This day sees a grand military parade in the country’s capital of Brasilia. At the Ministries Esplanade, the president reviews the troops while some 30,000 people look on. Similar, smaller military parades are held in cities and towns throughout Brazil.

On this national holiday, Brazilians might spend the day relaxing with friends or family. Brazil’s diaspora has a robust tradition of Sete de Setembro celebrations in large cities in the U.S., Canada, the U.K., and Australia. Brazilians just might be the world’s leading experts in party-throwing. So if you find yourself in Brazil or among the diaspora on Sete de Setembro, whether at a parade or chilling at the beach, you’re sure to have a good time. 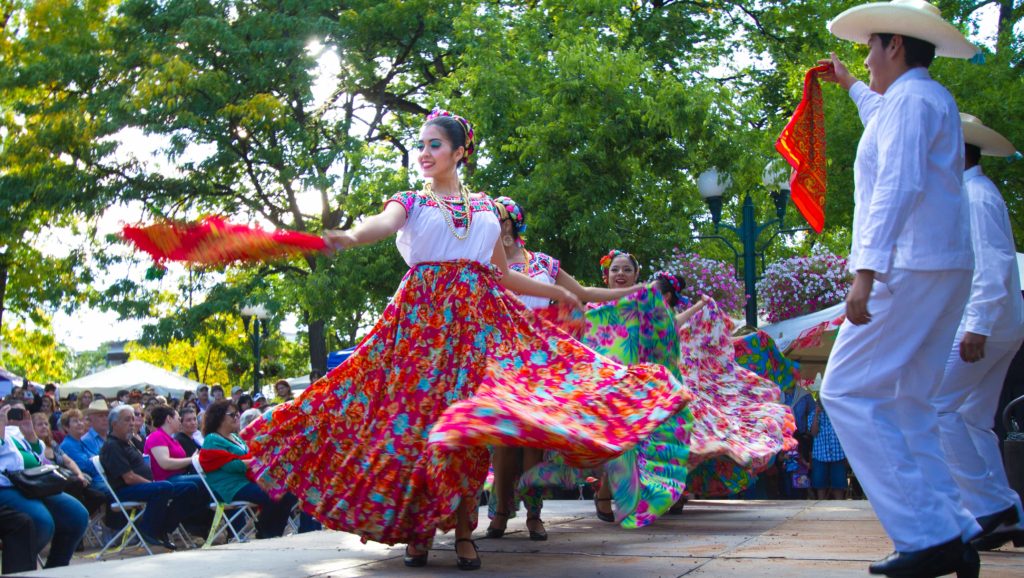 Nope, Cinco de Mayo is not Mexico’s Independence Day.  You get to don your sombrero and drink a margarita again in the fall.

On September 16, 1810, Mexico declared independence from Spain. Mexico marks their Día de la Independencia with a two-part festival. On the eve there is the grito, or cry of independence. Officially called El Grito de Dolores, this festival commemorates when Roman Catholic priest Miguel Hidalgo y Costilla, in the city of Dolores, cried out for rebellion late on the night of September 15. Today, Mexicans gather in the streets for a re-enactment of the grito by local officials, along with mariachi bands, fireworks, and of course, tasty food offerings.

The following day is a national holiday. On this day there are parades, music, and dancing. Families gather for a feast, hang the Mexican flag, cry out, “Viva México,” and sing the national anthem. The latter is quite a feat considering that the national anthem has four verses of some seventy words each. Buena suerte with that. 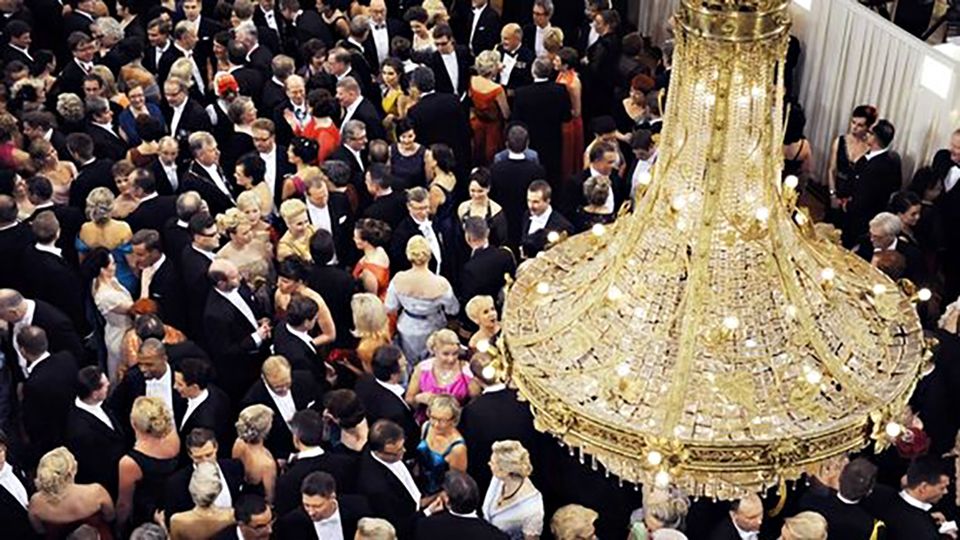 Finland declared independence from Russia on this day in 1917. Today Finns celebrate this anniversary with several interesting goings-on. December is a pretty dark time of the year in this country nestled by the Arctic Circle, and a perfect time for the lighting of the two special blue-and-white candles, the colors of the Finnish flag, placed in a window. This tradition actually dates to the nineteenth century, when the two candles symbolized Finnish nationalism.

Also on this day, people visit cemeteries and place candles by the graves of war veterans and at war memorials, making the whole place twinkle in an atmosphere of reverence and remembrance. Officials conduct a ceremony at the cemetery and student groups have a procession of candles.

Finns also tune in to TV, for two special programs by the national broadcaster. One is the showing of the film Tuntematon Sotilas, The Unknown Soldier, which is about World War II in Finland. Similar to Korea, Finland was subjugated during World War II and nearly lost its independence. Since there are still people alive who remember this time, the celebrations are also a time for solemnity.

The other TV show is the airing of the official Independence Day Gala, called Linnan Juhlat, the Castle Ball, from the presidential castle in Helsinki. Enjoying this spectacle is like watching the Academy Awards. All eyes are on the evening gowns coming down the red carpet, and the commentaries about designers and guests can go on for hours. 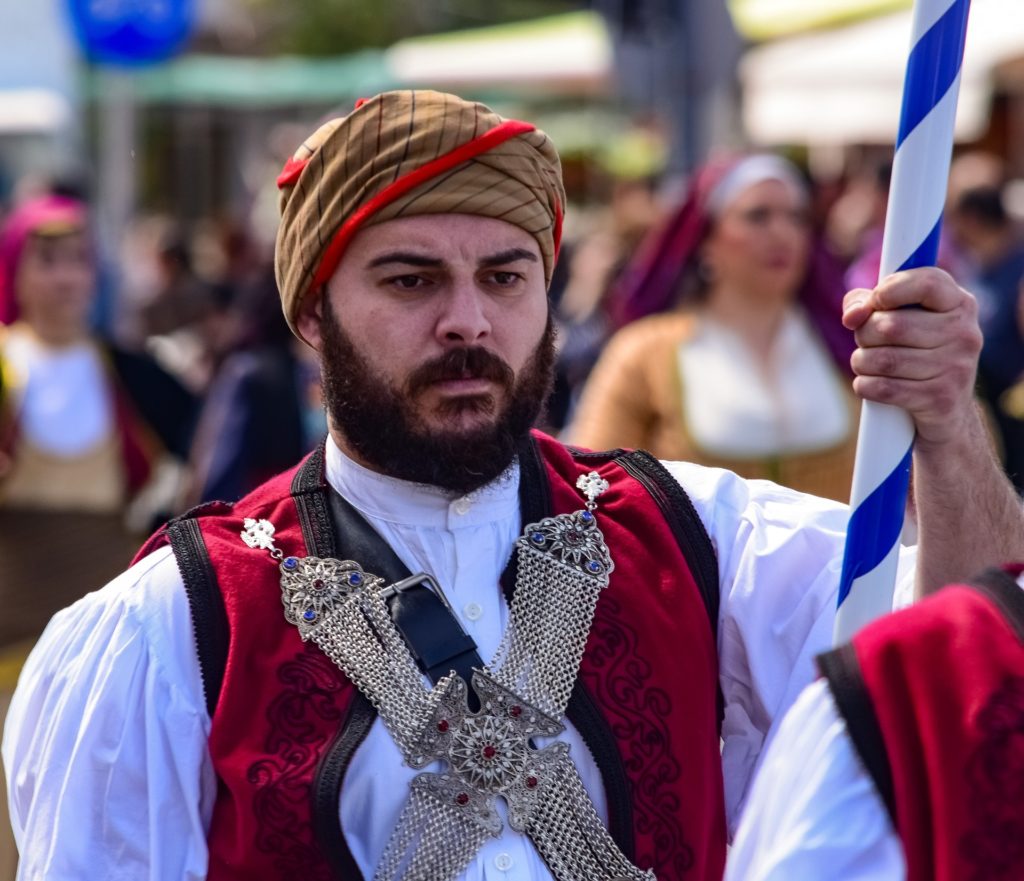 More blue and white for you! Greece’s Independence Day commemorates independence from the Ottoman Empire in 1821. On this day, Bishop Germanos of Patras raised the banner of revolt. “Freedom or Death,” the rallying cry of the revolution, became the motto of Greece.

Celebrations for this national holiday include schoolchildren in traditional dress parading the Greek flag. And as in Brazil, Athens makes a grand show of the armed forces.

Not in Greece, but still want to get your souvlaki on? Not a problem. Greek Independence Day is a big thing among the Greek diaspora in other countries. You’ll find parades and celebrations of Greek culture in cities like New York, Chicago, Sydney, and Toronto.

Greek Independence Day coincides with the Greek Orthodox Church’s celebration of the Annunciation. Festivities relating to this important date in the church calendar occur concurrently. 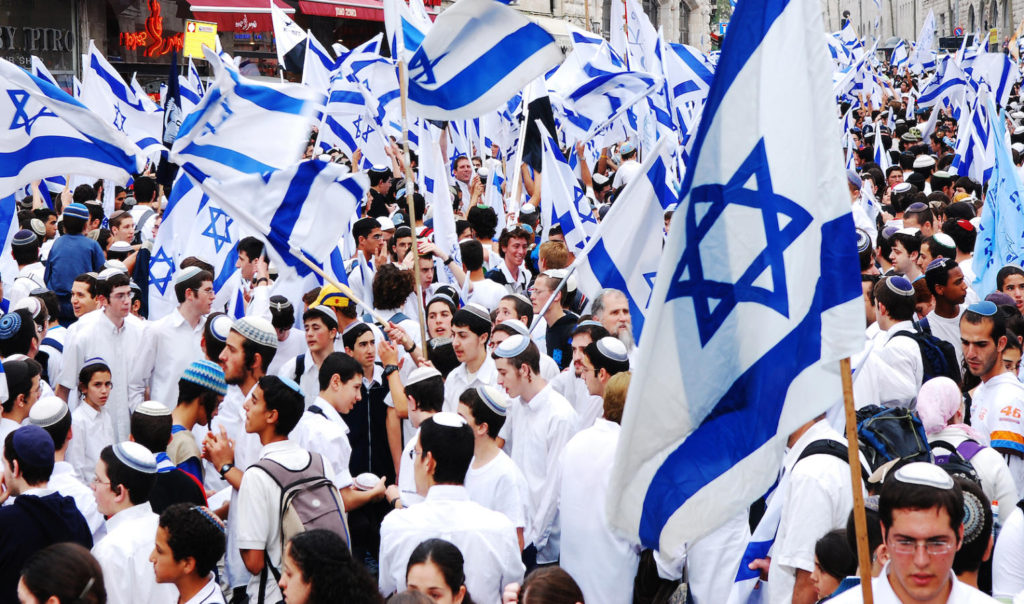 Israel is the youngest country on the list. In 1948 on May 15, the British Mandate of Palestine was due to expire. Eight hours before that, Israel declared its independence. This declaration effectively created a new country out of what had been commonly known as Palestine, a region that been under British control after World War I and the Ottoman Empire before that.

Yom Ha’atzmaut is a celebration of the Jewish state itself and particularly remarkable among independence days. Count this one as another among independence days that have a measure of sorrow along with the celebrations. The day before Yom Ha’atzmaut is Yom Hazikaron, Day of Remembrance, to remember the fallen soldiers and the suffering and persecution of the Jewish people. Yom Hazikaron ends at sundown.

Now it’s time for the parties, which are massive. On the night before the holiday, people and officials gather in Jerusalem at Mount Herzl for a ceremony. The festivities include speeches, a military parade, and the lighting of twelve torches to represent the twelve tribes of ancient Israel. Then there are festive prayers, music, and dancing at the Western Wall.

Major events this year included a raucous party with live bands at the Tower of David Museum, as well as music and dancing at the city’s parks and in the streets, lasting through the night. Some of the music is traditional with dancers in traditional costume, while other music is modern with DJs emceeing.