Shamanic Healing in Brazil: The Untold Story of Amazonian Medicine

What this article will cover:

Astronauts must crackle wistfully to Houston about how strikingly green the continent of South America is. But a birds-eye view of the Amazon rainforest will do little to help scientists advance their understanding of the magical shamanic practices that occur within the luscious vegetation.

But what exactly are shamans, and what do they do?

Aang, from the beloved TV show Avatar: The Last Airbender, is a lot like the shamans of Asia and the Americas – politically-adjacent superhumans with one foot in the physical world and the other in the spiritual.

Shamans are often considered healers because they have a good grasp of the medicinal mysteries of the jungle — psychedelic potions and all. Some might even argue that nobody else in the world is more likely to ferret out an organic cure for cancer out of some inconspicuous leaves and flowers.

These men — and yes, women too — are more important to society now than ever.

Ironically, it is these very people whom past generations taunted as being tiraflechas (arrow-shooters), a slur against Amerindians in South America), who just might wind up saving our modern society.

But to understand why, let’s dive deeper into what shamans are and where they come from.

What is a Shaman?

Anthropologist Claude Lévi-Strauss once famously said that if you were to ask an American Indian what a “myth” was, it was extremely likely that he would answer this:

“A myth is a story from the time when humans and animals were still indistinguishable.”

In indigenous Asian and American societies, Shamans act as a sort of diplomat who connects the tribe with beings in the spirit plane. These can include living and deceased, human and animal, and sometimes even gods.

Etymology of the Word Shaman

The word shaman itself is purported to have roots in the language of the Evenki, an indigenous reindeer-herding people from Siberia. This is significant because shamans, as we know them today, only appear on the Asian and American continents.

In Brazilian Portuguese, the word that society uses for the indigenous ritual specialists is derived from the Tupi-Guarani word for the same: pajé.

Roles of the Pajé (or Shaman)

In shamanism, there is no central deity, quintessential book, or organized… anything. Therefore, as you might guess, shamans range quite a bit in how they express the responsibilities of these broad roles.

The roles of “ritual specialist” and “spiritual bridge” are the simplest ways to understand what shamans across the globe have in common. A shaman can be looked at as a kind of spokesperson,  a conduit between his fellow human beings and the environment, as many rituals include communicating with plants and trees.

Shamanism and Uncontacted Tribes in the Amazon: The Last Frontier 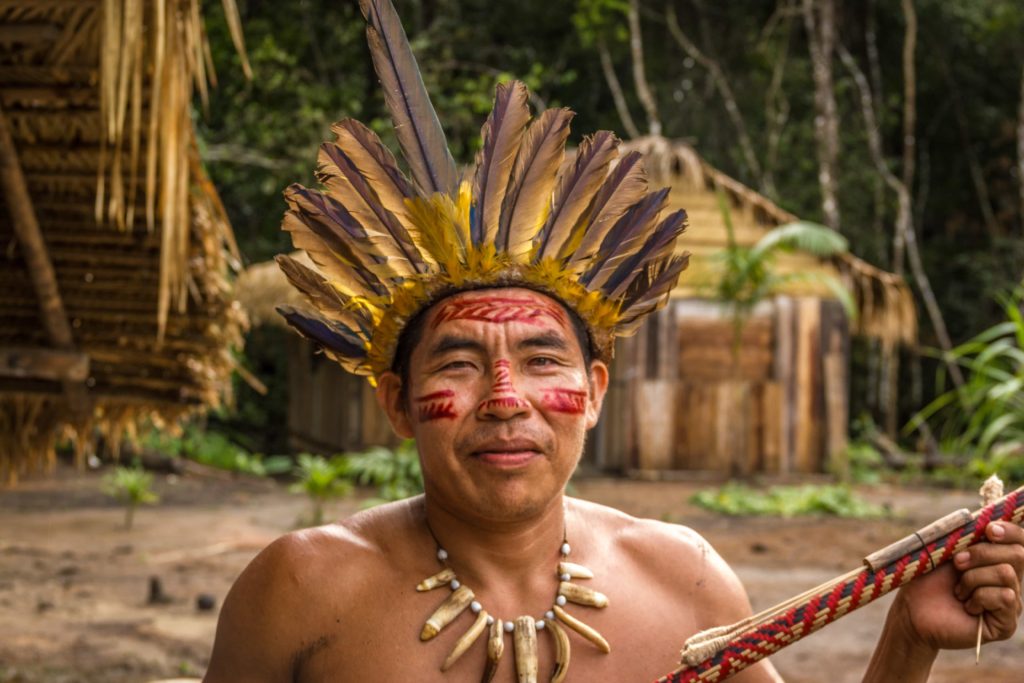 Although shamans might serve as ambassadors between our world and the next, some of the tribes they represent actually have no connection to the outside world.

Seriously — these are totally uncontacted tribes that have never interacted with modern society.

Although there are more than a hundred uncontacted tribes left in the world, including a few in Papua New Guinea and the infamous North Sentinelese, a grand majority of them live in the Brazilian rainforest in an area the size of Austria called Vale do Javari.

If you agree that cultures with ancient roots, world-class contributions to health, and striking rarity are valuable to us in these tumultuous times, you might be outraged to learn that uncontacted tribes in the Amazon get murdered in the dark of night by unscrupulous loggers and miners in Brazil.

If shamans get wiped out or their livelihoods become threatened, we’re not just looking at the extinction of an cultural relic… we’re looking at millions of potentially lives that could potentially be saved by their profound medicinal insight.

Why Brazilian Shamans Could Save Millions of Lives Around the World

You have probably heard that the Amazon rainforest is the greatest source of biodiversity on the planet. Because the majority of the rainforest resides in Brazil, the country is consistently ranked as the most biodiverse country in the world. In just one hectare (2.5 acres) of land, you might find 500 different species of trees. 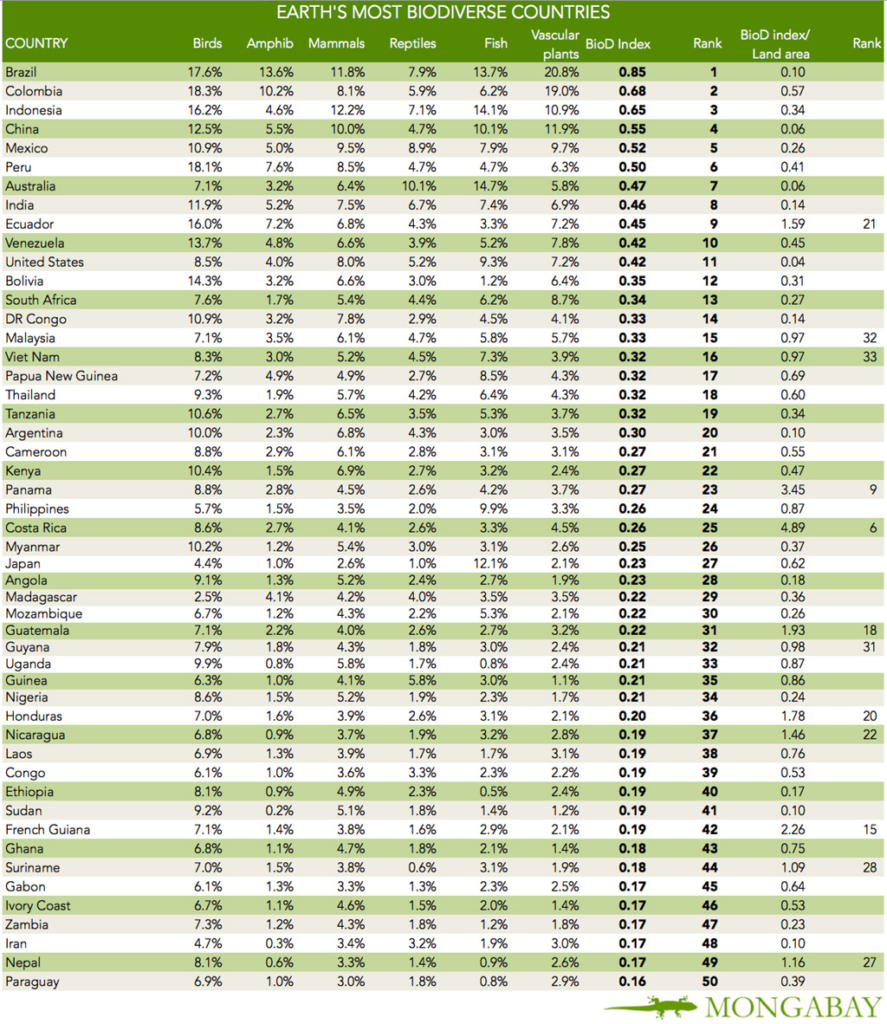 The medicinal ramifications of such biodiversity are virtually limitless. Here are just a few of the thousands of important contributions the Amazon Rainforest has made to human health:

Healers and shamans from Amazonian cultures, of course, have a much deeper language with which to describe and understand their ecosystem than we do.

But there are two big problems.

Dangers to the Shamanic Legacy

Now for the first time, five shamans of the Matsés tribe in Brazil have written a 1,000-page encyclopedia documenting their ancestral medical knowledge. It is the first attempt of its kind. It is called the Matsés Traditional Medicine Encyclopedia.

This encyclopedia was written in the language of the Matsés with the help of the Acaté Conservation Group to ensure that medical knowledge is not misappropriated by corporations. It is meant instead as a guide for training young shamans in the tradition.

“When I came down there, I had this understanding and appreciation that the indigenous shamans had this incredible knowledge of the medicinal plants. What I wasn’t prepared for was how incredible their knowledge was as healers and how well they could diagnose treatments.”

What Makes Brazil So Special?

Aside from 4,000 miles of coastline, freedom from natural disasters like hurricanes, earthquakes, and volcanoes, and some of the craziest soccer fanatics in the world, Brazil is also crowned with the leafy tiara of the Amazon.

If you are interested in shopping at an alternative kind of Amazon marketplace, you may want to consider Ver-o-Peso, a market hall that Brazil counts among its national patrimony selling Amazonian goods like piranha and natural medicines.

Ready to discover the natural wonders of Brazil, from Manaus to Rio?

Learn Brazilian Portuguese online with Pimsleur — we go wherever you go. 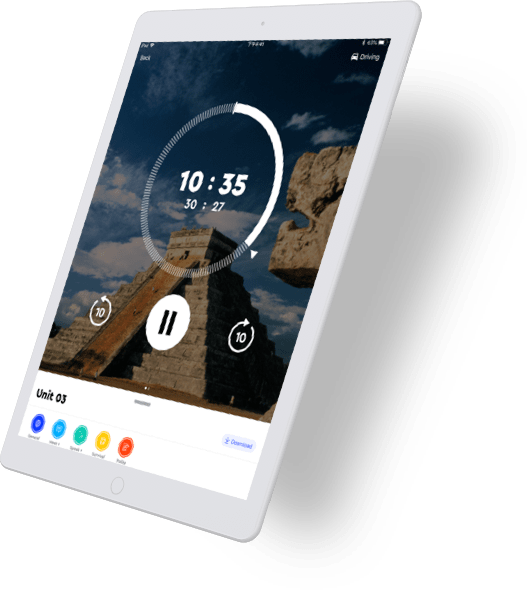 Not convinced? Get one free Brazilian Portuguese lesson on us.